This page is dedicated to the memory of Chapter Members who served faithfully in our community.
​ 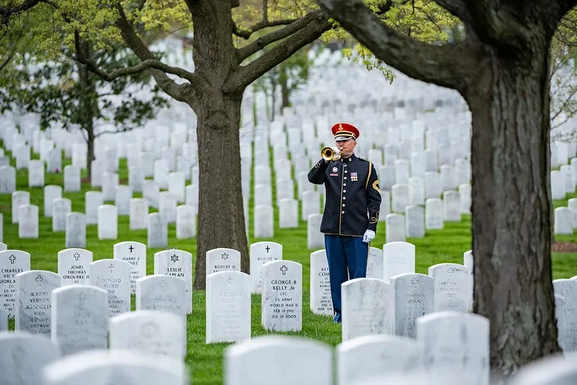 "In your hands, O Lord,
we humbly entrust our brothers and sisters.
In this life you embraced them with your tender love;
deliver them now from every evil
and bid them eternal rest."

Al was a proud veteran of the United States Army. At the age of 17 he enlisted in the Army and served in the Vietnam War from 1967-1970. He was a Green Beret, with 5th Special Forces Group, and he was the last remaining member of his team from Vietnam. He was a Communications Sergeant and his greatest honor was riding with the Patriot guard and honoring his brothers in arms, to their final resting place. He belonged to many organizations over the years and was a proud American, Veteran but most of all Family man.

"Coop" Bauer of Jensen Beach, FL passed away on April 13, 2022, at Veterans Affairs Medical Center, W. Palm Beach, Fl.
Gary was predeceased by his parents George and Irma (Rice) Bauer. He is survived by a daughter, Jillian Wallace, a son, Michael Bauer, his only sibling Alan Bauer, Alan’s wife Jane (Hamm), and their children Erin, Patrick, Emily, and Holly.

Gary was a Chicagoan raised on the North Side. He attended Howard Taft HS, Wright JC, and the University of Illinois, Circle Campus, Chicago. He was a veteran of the Army and was undeniably proud of his service as a Sentinel at the Tomb of the Unknown Soldier at the Arlington National Cemetery. The Tomb Guards are held to high standards, are handpicked, and rigorously trained. Gary’s professional life included many years in real estate sales throughout the US and the Caribbean and as a fundraising and travel sales consultant notably with Vantage Travel, Boston, MA.

Gary (also known as “Coop”), a former member of Chapter 1, served on the Board of Directors for the Rolling Thunder®, Inc. Chapter 6 in Port St Lucie, Florida. In addition, he was a longstanding member of the American Legion with his recent membership being at Post 126 in Jensen Beach, Florida. Gary was a fun-loving, live-in-the-moment kind of guy. Quick with a story, he would strike up a conversation with anyone and bring a smile to your face. He will be missed by many. Interment will be at the South Florida National Cemetery, Lake Worth, Florida.
Joseph R Fida (Rick)
09/19/1950 - 07/16/2021
LouAnn Schroeder
​07/16/1954 - 12/20/2020

Born July 16, 1954 in Shelby, OH to Robert H. and Mildred "Millie" (German) Schroeder, she had been a Shelby resident for many years before moving to Cocoa Beach, Florida in 2015.

A 1972 graduate of Shelby High School, she was employed with Shelby Printing for twenty years. She was then self employed managing her farm and rental properties. While living in Florida LouAnn volunteered as a teachers aid for a local elementary school.  LouAnn was a member of the Most Pure Heart of Mary Church, the F.O.E Arie #763 Women Auxiliary and the Shelby Moose Lodge.

She enjoyed her years spent on the farm, especially caring for her animals and her many beloved dogs. LouAnn was a proud and faithful follower of her daughter and grandchildren's sporting events. She always enjoyed being with her family and friends and loved them all unconditionally.

​Tom Mann, Rolling Thunder® Florida Chapter 1 member passed away on September 27, 2020, at the age of 77. He was in the care of Hospice at the time of his passing. Tom is a U.S. Air Force and Vietnam Veteran.

We are grateful for the support that Tom provided to the Chapter through his music. Three of his songs are featured here on our website. His energy and willingness to help further the cause of the Chapter will be truly missed.

Mario Anthony Esposito went to be with our Lord on Wednesday the 25th of March at Cape Canaveral Hospital. He will be greatly missed by his loving wife Linda Esposito, his daughters Melissa Esposito-Setler and Diane (Reese) Esposito, his granddaughter Madison Setler, his brother Ralph Esposito and his wife Joanna Esposito, as well as his nephews, nieces, cousins and friends that have become family.

Mario was born on October 16, 1946 in Brooklyn, New York. He graduated from William Cullen Bryant High School and went on to proudly serve four years in the US Navy on the USS Forrestal during the Vietnam War. He moved to Virginia Beach, Virginia in 1980 where he worked as a cable splicer for Verizon Communications until he retired in 2001. In 2015, he moved to Merritt Island, Florida with his wife to enjoy retired life. Mario was an active member of MI church, a member of Action Pro shooting team, Rolling Thunder Florida Chapter 1, Disabled American Veterans, and Knights of Columbus. He enjoyed fishing and spending time with family and friends. In recent years, many of his favorite times came from creating precious memories with his granddaughter.

Mario lived his life to the fullest and encouraged those around him to do the same. He continually gave of himself to others, mostly through his larger than life personality. His remarkable sense of humor, which often included playing jokes on others, always brought laughter to many and light in difficult times. It was just one of the many reasons Mario was loved by so many.

Homer Ray Roof, age 75, a resident of Cocoa Beach, Florida and Shelby Ohio, died Saturday August 10, 2019 at his home in Shelby. Born August 29, 1943 in South Webster, Ohio to Wilbur Eugene and Alice (Hale) Roof, he was a Shelby and Mansfield resident the majority of his life, before moving to Florida in 2014. He was employed with AK Steel in Mansfield, a leading producer of flat-rolled carbon, stainless and electrical steel products, and retired after thirty plus years of service. He was a member of the Moose Lodge, Rolling Thunder Chapter 1 of Florida, and the Kiwanis Club in Florida.

Homer farmed for many years and was very passionate about the use of his heavy equipment. He loved playing poker, fishing and riding his motorcycle. Homer will be remembered for his outgoing personality and his desire to make sure everyone was having a great time.

Lloyd served his country in the U.S. Army as a Military Policeman, and saw duty in the Republic of Vietnam. He was a loyal member of the Chapter for the past three. He died at the Hospice facility in the Cape Canaveral Hospital. He will be sorely missed, and our thoughts and prayers are extended to his wife Teresa and the rest of his family.
Michael "Mike" Dean Tarter
04/28/1949 - 03/08/2016
Gerald Walter - POW WW II
04/20/1933 - 12/23/2015

During WWII, SSG Gerry Walter had been assigned to the 763rd Bomb Squad, 460th Bomb Group and was reported MIA on July 19, 1944, as a result of an air combat mission over the vicinity of Munich, Germany. Gerry's plane was shot down, he suffered numerous injuries, and was taken prisoner by the Germans. He was returned to U.S. control on April 26, 1945.

Gerry was an active member of Rolling Thunder®, Florida Chapter 1. He was twice elected as a Board member, and he and his wife Flo participated in the Memorial weekend runs in Washington, D.C., The Ride Home in Andersonville, GA, and he could be counted on for Board and General meetings. In 2015 alone, he and Flo had participated in over 50 events.

Bob was inducted into the U.S. Army as an infantryman July 29, 1943, in Nashville, TN. After extensive training in the U.S. and northern England, he was transferred to the 83rd Infantry Division, where he ultimately boarded a ship from Wales bound for Omaha Beach in Normandy. They arrived in France on the 4th of July 1944.

Not long after arriving, Bob’s company encountered unexpected heavy enemy opposition.  They were caught in a cross-fire of machine gun fire and mortars of the German 17th SS Division near the town of Saint-Lô.  Many men in his company did not survive, and Bob was captured.  He had severe shrapnel wounds to his left arm and back.

For the next 300 days Bob was a prisoner of war, primarily at Stalag VII-A where he and other prisoners were forced at bayonet-point to rebuild German rail lines routinely bomber by the American forces.

The winter of 1944 was the coldest on record in Germany and Bob contracted pneumonia. He was taken to a prison hospital run by the British where he overheard German guards telling hospital workers where to bury him when he died.

However, Bob recovered and joined other prisoners on work details in Freising and Landshut. After an especially heavy bombing in April 1945, the prison guards suggested that for safety reasons, they would lead the prisoners to Switzerland, where the guards would surrender to the Americans. So pretending to be a work detail, the group slipped away. Eventually the prisoners met a platoon of the 80th Infantry, and were taken to Regansburg, Germany, then on to Camp Lucky Strike on the French coast.

After a leave at home, Bob went to Miami Beach for R&R and then to Tallahassee to guard German prisoners. Bob was discharged December 4, 1945. He has 8 medals: Bronze Star, Purple Heart, Ex-POW medal, European Theater of Operations, Good Conduct, American Defense, American Campaign, and Combat Infantry.

Bob and his wife Nita are members of Rolling Thunder®, Inc. Florida Chapter 1, and he will be dearly missed.​
BACK TO HOME
Rolling Thunder® Inc. Chapter 1 Florida, is an all volunteer 501(c)(3) Organization. Copyright © 2016 - 2023 - Privacy Policy
We hope you find our content useful and up to date. If not, please let our webmaster know.
​