Rolling Thunder® and other organizations Events

Our Calendar of Events is where you can find upcoming events that Rolling Thunder® Inc., Chapter 1 Florida may participate in. Dates preceded by a RED ASTERISK indicate that the event is an official Chapter 1 event. It is also a great resource to find other veteran and other community activities.

We publish all kinds of events - not just Rolling Thunder®, so If you, or your organization would like to publish your special event on our calendar, just let our events coordinator know what you have planned. A 7-day advance notice would be great! 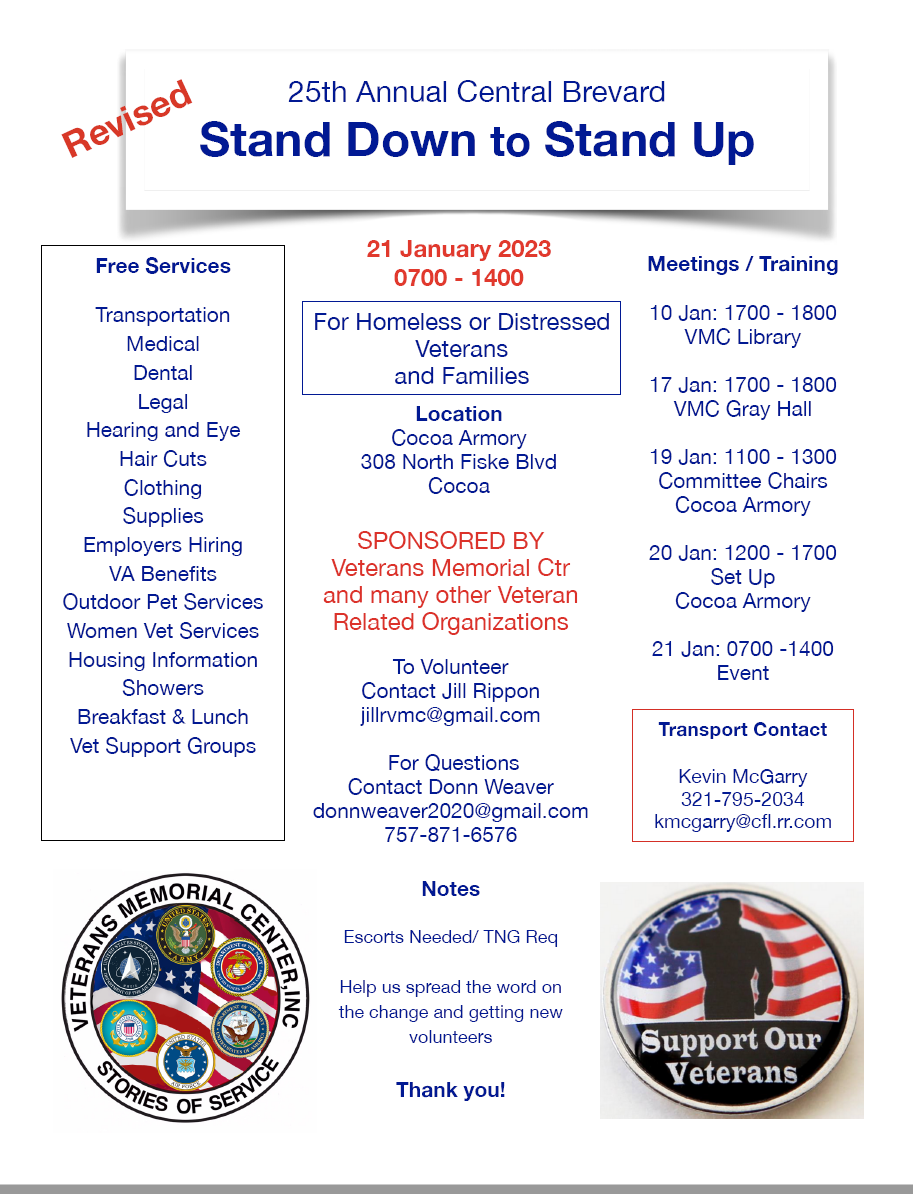 January 20-21, 2023: The Central Brevard “Veteran Stand Down to Stand Up” (Formerly known as Stand Down) event will be held at the Cocoa Armory on  20 Jan 2023 (set up) and 21 Jan for the actual activity.   Earlier Date of 07-08 Oct had to be scrubbed since the Florida Army National Guard Unit was called up to assist Ian recovery in SW Florida.

As many as 250 homeless and at risk veterans usually attend the event with more than that number of volunteers providing a wide range of services from the private sector, the VA, the Medical Community, charitable organizations, etc.

​The Veterans Memorial Center (VMC) is the primary organizer of the event, but partners with National Veterans Homeless Support (NVHS), Volunteers of America, the Veterans Administration  and dozens of others to help the program support many veterans in need. This event will focus on homeless and at risk veterans and their families, while also matching the veterans with job options on the Space Coast.  Contact BVC Council Chairman Donn Weaver 757-871-6576 for more information. 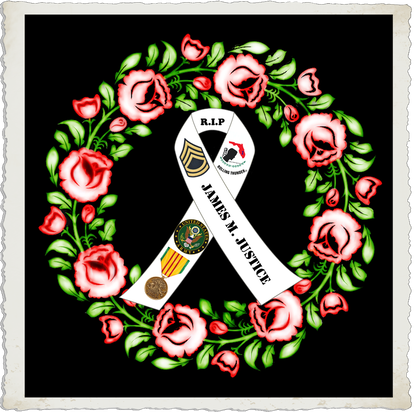 February 24, 2023: "Greggie and the Jets" Elton John Tribute Rockin' the Sunset Concert for a Cause:  We Honor Veterans of St. Francis Reflections 1900-2100 Space Coast Main Stadium in Viera.  Tickets through:  https://ReflectionsLSC.org/EltonJohn.  Or Text “EltonJohn” to 41444. March 13, 2023: K-9 Veterans Day. The date is the official birthday of the United States K9 Corps and a day to honor their service.

March 18, 2023: Commemoration of the Last Naval Battle of the American Revolution, 1000-1300 at the Veterans Memorial Center Plaza, Museum  and Gray Hall. April 05, 2023: Gold Star Spouses Day – A day dedicated to those whose spouses gave their lives while serving in the U.S. military or as a result of service-connected injuries or illness.

May 01, 2023: Silver Star Banner Day – Per Congressional resolution, it is an “Official Day to honor wounded, ill, and injured Veterans”.

May 12, 2023: Military Spouse Appreciation Day – This date recognizes the service and sacrifices of military spouses.

May 13, 2023: Children of Fallen Patriots Day – A day to honor the children left behind by the brave men and women who gave their lives while defending our freedom.

May 20, 2023: Armed Forces Day Observed on the third Saturday every May. This is a day dedicated to paying tribute to men and women currently serving in the U.S. Armed Forces.

May 29, 2023: Memorial Day. A solemn occasion to honor the men and women who died while serving in the military.

August 07, 2022: Purple Heart Day – A time for Americans to pause to remember and honor the brave men and women who were either wounded on the battlefield or paid the ultimate sacrifice.

August 29, 2023: Marine Forces Reserve Birthday.
September 11, 2023: Patriot Day. An annual observance to remember and honor those who were injured or killed during the Sept. 11, 2001 terrorist attacks.

September 24, 2023: Gold Star Mother’s and Family’s Day. A day to honor the families of fallen Service-members.

November 11, 2023: Veterans Day. This is the anniversary of the signing of the armistice treaty, which ended World War I and is also a day to thank military Veterans for their service.

Back To Top
Rolling Thunder® Inc. Chapter 1 Florida, is an all volunteer 501(c)(3) Organization. Copyright © 2016 - 2023 - Privacy Policy
We hope you find our content useful and up to date. If not, please let our webmaster know.
​